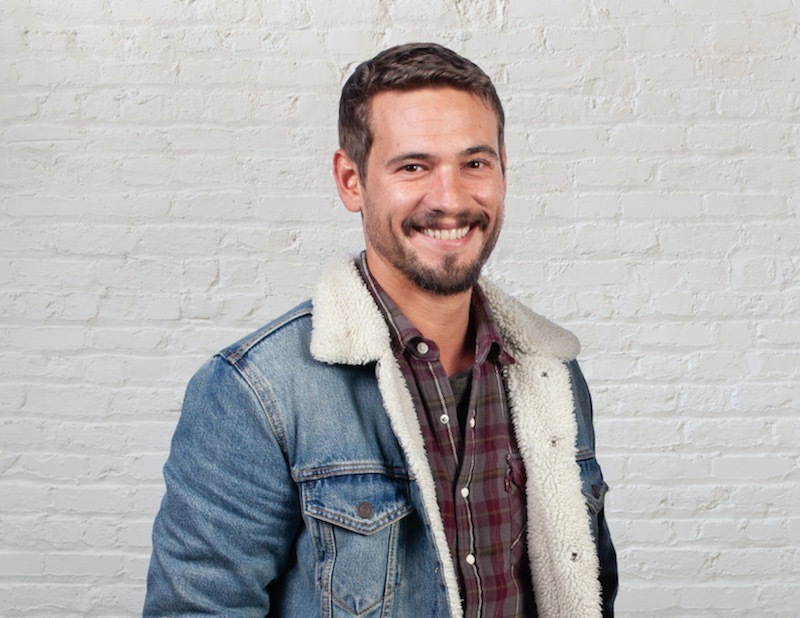 Flamingo Springs Trailer Resort in Prairie Grove, Arkansas is as unique and charming a place as it’s owners Zack and Laura Kraus. Nestled in the foothills of the Ozarks, this vintage travel trailer resort has quickly become one of northwest Arkansas’ most sought-after getaways. People from all walks of life stay in themed trailers that encircle a common swimming pool. A guest recreation area is full of vintage games, VHS movies, art and even a jukebox. Flamingo Springs has been host to bachelorette parties, graduation celebrations, romantic getaways, rowdy campouts, family gatherings, and sadly last weekend, the life celebration of Zack Kraus.

Zachary Douglas Kraus loved a good story. And he lived a great one.

From movies to plays, novels to song lyrics, Zack took comfort and understanding in the creative spaces between fade in and fade out. He devoted himself to telling tales, exploring the arts and building spaces for others to foster and share their own creativity. Yet like every great book, movie or song, the end is always nigh. And for our dearest Zack, his finale on the world’s stage came far too early.

Although he wasn’t born wearing Packer Green and Gold, it’s safe to say these colors were definitely a part of Zack’s onesie wardrobe. He was born on December 1, 1980
and spent most of his youth in Neenah, Wisconsin amidst a blended family including his parents Doug and Linda Kraus and four siblings whom to this day remain some of his closest friends. He grew up as a small-town kid with dustings of worldly flair. Those who knew him were certain the world was going to be his for the taking.

He loved the Packers, cheese curds, soccer and hanging out in his basement with the friends who would one day become graduates, godfathers and groomsmen for each other. Zack knew early on he wanted to expand his horizons, to experience the kinds of adventures he cherished in works of fact and fiction. He was a born listener and writer, and ultimately wanted to find ways to breathe life into great stories for others to enjoy. He wanted to use his gifts to make the world a better place by infusing humor and insight into the seemingly random intricacies of daily life.

It all started to come together for Zack when he discovered the stage. As a member of the show choir group “Vintage,” Zack landed his first leading role, and he was hooked. Coupling the rugged physical charm of a young James Dean with the curious and wandering intelligence of Keroauc, Zack was magnetic in and out of the spotlight. Yet despite these God-given graces, our dear Z was the humble light that gently filled the room. For him, sharing the stage with others was more important than being the star.

At the University of Wisconsin-La Crosse Zack furthered his love for acting by appearing in dozens of plays and shows. He played multiple roles in the show “Metamorphoses” which was selected to perform at the Kennedy Center American College Theater Festival. He wrote a grant that took him to London to take in everything he loved: theater, travel and good beer. His experience in England scratched an itch to see more of the world, and he would fulfill that dream in years to come. He acquired a Bachelor of Science in Theatre Performance as well as a minor in Psychology. One of his professors described Zack as “nothing but kind, compassionate, loyal and devoted…not to mention he had a great sense of humor, a touch of sarcasm, and was never afraid to laugh at himself”. La Crosse exposed him to the wonderful lessons and sights he’d come to see later in his young actor life such as books, bartending and fending on the proverbial streets.

Upon his graduation, he was accepted into a master's program at Cal State Fullerton that only allowed seven students per year. He made the decidedly anti-economical decision to say goodbye to the Midwest and to pursue his masters in Theater. It wasn’t whimsy though, but rather a deeply-rooted personal ethos that placed life experience above material things.

Zack headed west to the land of celluloid dreams. He arrived in the City of Angels in a beat up Sunfire with empty pockets and a subtle enough sense of self-worth to know he was going to somehow find his way.

In classic Zack fashion, he formed more everlasting bonds with his grad school buddies spending countless hours together studying and performing. With limited carpentry experience, Zack was thrown into the scenic lab building theatrical sets which established a foundation in skill and a passion in carpentry that he would use for the rest of his life. Using his former college experience, he co-wrote a second grant that allowed his entire team to travel to Norway and Sweden. Throughout his adulthood he would reflect on the time he spent there with a wide smile and happy eyes.

From this time on, Zack put his studies to practice. He acted in indie movies, performed in plays, made short films, starred in music videos and even dressed up as a Ninja Turtle for a kid’s birthday party. Along the way he cultivated life-long friendships that go deeper than some family. He was a professor and mentor to his students at Riverside Community College where he shared his growing light with anyone fortunate enough to find themselves within his conversations. And quite to his embarrassment (which is why it must be mentioned here), his only complaint from students on ratemyprofessor.com was that it was often hard to concentrate on his lectures because his good looks were so distracting.

Yet so it goes for any great actor/thespian, he eventually found his way to tending bar at a local watering hole in Burbank, California. And it is here that Zack's story met its purpose. While slinging drinks one evening at Tinhorn Flats, a beautiful girl walked into the bar. Zack was smitten. He later described Laura as having “this light around her. And I knew instantly that my life would be tremendously better with her in it.” Conversation revealed that Laura had just moved from Arkansas and was in need of a job. Zack literally begged his manager to hire her and even went as far as to commit to working all holidays if he would bring her on. The ploy worked, and the next day at her interview Laura got a job as a bartender in training, despite her obvious lack of any previous experience. Zack volunteered to train her and over the course of a few weeks a deep friendship developed. Zack kept asking her on dates, but she kept refusing. Never one to give up, he asked again, and she relented only to be whisked away in a messy car to Chuck E Cheese. The fluorescent lights, cold pizza and stale beer didn’t help the awkward situation, and they agreed to just remain friends.

But you see, Zack and Laura did fall in love. His persistence and patience paid off, they went on a second date and never looked back. Soulmates is really the only worthy description. They rescued a dog, rented a house, and started a business. They both shared a love of vintage things: clothes, vinyl records, furniture, trinkets and even wallpaper. For them a flea market was a place of endless possibility. Their weekends were spent walking through rows and rows of people selling others’ forgotten things. They started buying cool stuff and breathing life into it, repurposing it for others mostly as gifts. What started as a hobby turned into a labor of love. They bought a 1952 Hanson Love Bug (honeymoon edition) and together gutted it and turned it into a rolling storefront called Little Yellow Typewriter. They spent hours upon hours collecting, painting, sanding, and laughing. Lots of laughing.

Laura and Z traveled all over the west coast with their trailer. They created more friendships and eventually found a following of people who loved their story as well as their obvious gift for finding treasures. They were written up in magazines, hired for design gigs, and began to plan a dream wedding.
Funeral Service
Service information unavailable.
Visitation
Visitation information unavailable.
Final Resting Place
General