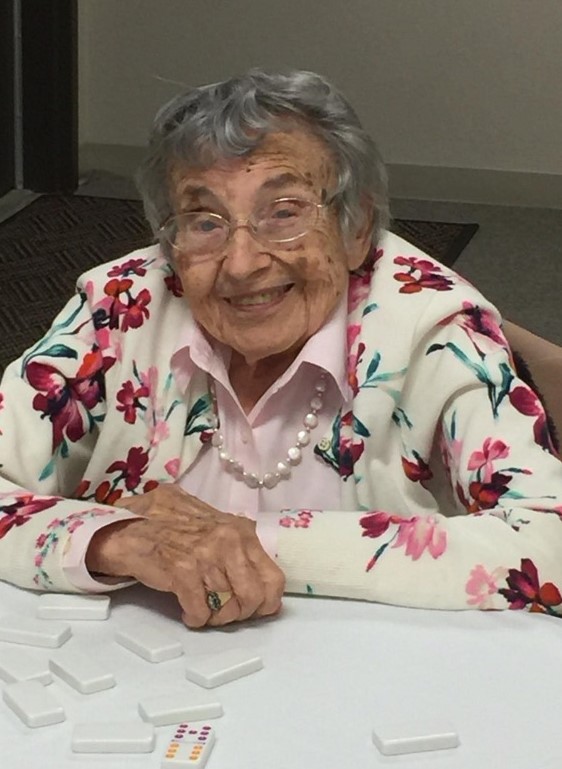 Bertha could solve a Rubix cube in under 2 minutes and enjoyed playing dominoes, cards, and solving Suduko. She was spry, quick witted, and very competitive. She never lost a game of checkers. Bertha would cook and deliver food to the “old folks” at the Senior Center in Aubrey until the pandemic prevented her from doing so.

She is survived by her sons, Gerald Cosby of Aubrey, TX and Ronald Cosby and wife Linda of Bossier City, LA; three grandchildren, Neil Cosby and wife Alicia of Frisco, TX, Stacy Fuller and husband Randal of Aubrey, TX, and Cody Cosby of The Woodlands, TX; and six great grandchildren, Kade, Keeli, and Kash Fuller and Cadence, Tyler, and Kara Cosby.

A visitation will be held 6:00PM-7:00PM on Tuesday, April 26, 2021 at Slay Memorial Chapel in Aubrey, TX. Another visitation will be held 12:00PM-1:00PM on Thursday, April 29, 2021 at Luginbuel Funeral Home in Prairie Grove, AR. Interment will be at Bethesda Cemetery in Morrow, AR. Online condolences may be shared at www.slaymemorialfuneralhome.com.